The Blockchain Iceberg. You’ve Seen the Tip, but How About What Lurks Beneath? Exploring the Technology’s Use Cases. 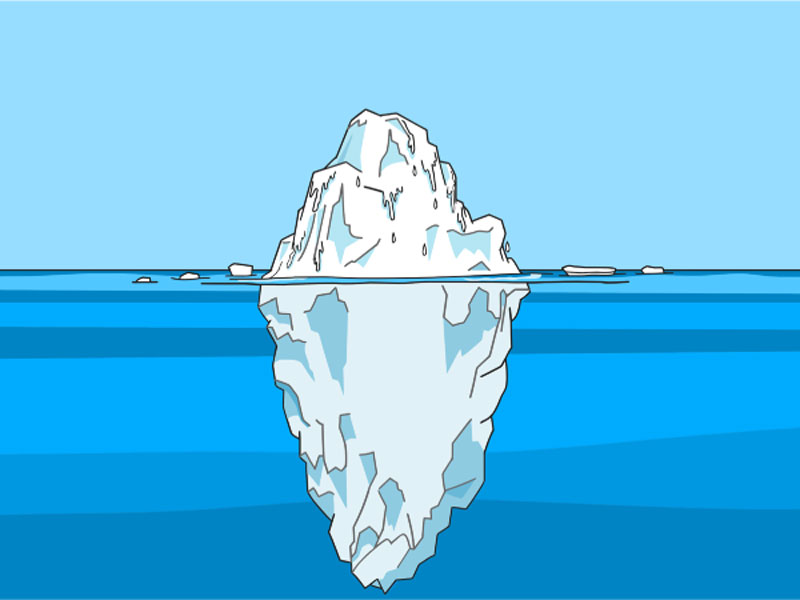 23 mrt The Blockchain Iceberg. You’ve Seen the Tip, but How About What Lurks Beneath? Exploring the Technology’s Use Cases.

Morning, afternoon, evening! Regardless of when you’re reading, we’re glad to have you on board again!

After having our first introductory piece on blockchain we will be descending deeper into the trench to explore the technology’s possible, if not already present, real life applications. And no… it is certainly not just digital money, you’ll find a lot more laying in the deeps. So much that we don’t even know where to start. Ah, well, who am I trying to fool, it is probably the all-time favorite and currently most trending anyways. Hate them or love them, chances are you’ll have to embrace them very soon.

Crypto at its core is essentially a way for new businesses to faster raise capital with the issuance of their own tokens on the blockchain through an Initial Coin Offering (ICO). These tokens or also coins are digital assets that grant their owners a particular set of benefits or rights based on their intended application. Some coins enable access to a startup’s new service or platform, others bear security-like characteristics and have cash flow and voting rights attached, similar to corporate stock. The main benefit of blockchain fundraising is the availability of a worldwide pool of investors — virtually anyone with internet connection is able to participate in an ICO. The numbers are surely not lying — almost $6 BILLION was raised through ICOs in 2017. Interest does not seem to fade away either as the above number has been surpassed this April already despite the overall shakiness of the coin market.

Have a great ICO project, but need legal assistance? Contact us at Watson Law for advice!)

The use of cryptocurrencies paves the way towards digital payments worldwide. Contemporary means of transacting, especially in a cross-border environment often come with cumbersome extra costs. In addition, it takes on average two business days for an international transaction to be completed with the help of an automated clearing house. Via the use of blockchain transaction costs are brought to a bare minimum and the average waiting time is reduced to mere minutes. To illustrate, a Litecoin transaction worth roughly $99 million was completed just last month. It cost $0.40 and took under three minutes to complete. This is no joke, see for yourself!

In less developed countries people often don’t even have access to a banking infrastructure in the first place. The direct transacting within a blockchain is a huge innovation for such regions as it allows their inclusion in the global economy. Blockchain enables the creation of contracts that are self-executing and mistake-proof. Let’s say you wanted to bet a $100 on this year’s Champions League winner being Real Madrid. Your friend Bob is a die hard Liverpool fan and chose to bet against you. You shake hands and you’ve got yourselves a contract which is conditional on who wins. Madrid, one way or the other, ended up seizing the trophy, but Bob is suddenly MIA, nowhere to be found… bugger!

In a smart contract the consequences of such a mishap are mitigated — once the game is over and there is a clear winner the system is able to self-execute by applying the available information to the contract’s specifics. The result: an automatic $100 transfer from Bob’s account to your own.

Although there is already a variety of software to track goods from their place of origin to the end consumer, risks of illegal trafficking and fraud looms large due to limited transparency. Blockchain solves this problem with the creation of an immutable record containing all the necessary data to reveal a product’s true authentic source. For retailers this translates into massive cost savings and efficiency. Consumers in return are given a guarantee of the quality of their purchase. One concrete example of the practical application of this solution is Everledger — a startup building a global digital depository able to track a product throughout its whole lifespan.

Surely you’d like to cast your vote as a valuable part of society, but doing so can sometimes be a real hassle considering the voting process has not changed for centuries in most places. You have to go the urn, maybe wait in a queue… annoying, right? Next thing you know a scandal over supposedly rigged elections is all over the following morning’s news. Someone had hacked the central voting data server and changed the results. Oh, voters’ preferences were leaked as well and it was revealed a 15 year old had allegedly participated. The icing of the cake is a sublime 140% turnout!

With blockchain’s help governments (in an ideal democratic scenario) are able to both verify and protect voters’ identities in case they want to stay anonymous. The immutability of the ledger on the other hand relieves the risk of adjusting the final results. On top of that is the increased likelihood of higher turnouts as the entire process can be done with a simple mouse click or a screen tap.

Traditional ways of storing data make use of a centralized ledger where all the information is piled up in one central server. This causes a number of risks in relation to the access to and security of the data (*cough* Cambridge Analytica *cough*). Centralized storage is significantly more prone to hacks than its decentralized counterpart and you never know to whom your personal data is made available. On a blockchain, the data is simultaneously stored on multiple computers and third party manipulation is nearly impossible. Such an innovation has long been called for in the context of asset ownership in the digital age.

The costs of legal compliance and auditing for companies are increasing every year. Blockchain turns this around by improving efficiencies in the gathering of corporate data and its subsequent reporting. As the information within a blockchain is shared, internal audits are easily transmittable between both businesses and regulators resulting in significant cost and time savings. The same goes for larger multinationals which are able to utilize the technology by synchronizing their internal records and making them available to every affiliated department at any geographical location.

Similarly, Know-Your-Client (KYC) and Anti-Money Laundering (AML) verifications can be vastly improved. These processes are usually quite extensive and require users to go through a number of steps which can be annoying and time consuming. Blockchain’s distributed storage enables businesses to gather the information more efficiently and possibly even see them collaborate between each other by exchanging their data. Regulators on the other hand are able to monitor the information and trace it back to its original source.

Blockchain’s disruptive capabilities are in no way limited to the aforementioned areas. Innovative startups from all over the globe are utilizing the technology to creatively solve problems of all kinds. The field is nowhere near reaching maturity stage and for all we know we might still be just scratching the surface. Some projects are showing great long-term promise though. Effect.AI for example is set to democratize artificial intelligence by building the world’s most accessible and easiest to use decentralized AI network on the NEO blockchain. Currently entering beta testing, the Effect network’s main goal is to promote AI’s global development and to stimulate the creation of open source AI services.