Blockchain explained: All your transactions for everyone to see! Except they won’t understand a thing. 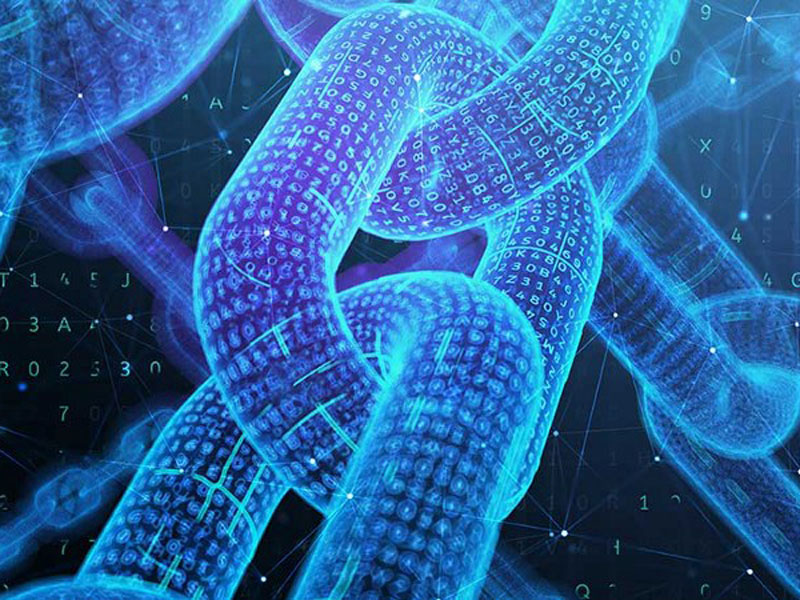 01 mrt Blockchain explained: All your transactions for everyone to see! Except they won’t understand a thing.

Good day, people! Since this is our first write-up we thought its best to briefly introduce ourselves and give you an idea of why we decided to start our blog series.

We are Watson Law (Damn, what a cool name! Thank you all!) — a niche law firm specialized in corporate counsel and the interconnected topics of banking, finance and insolvency. In addition, the lawyers at Watson Law find great interest in the application of disruptive technologies in everyday law practice, in particular the rise of blockchain and artificial intelligence. At the moment we are based in the wonderful picturesque Dutch city of ‘s -Hertogenbosch.

As any other self-respected law firm, the interests of our clients are our top priority. Innovation, however, is another Watson Law virtue which got us into thinking about doing something different than simply servicing our clients. We thought to ourselves — certainly there should be a way to spread some of the knowledge we have to provide some value to ‘normal’ people?

And then we thought some more — how do we disseminate this value to as many people as possible? How do we make sure that non-lawyers will actually understand what we are talking about? Can we also have a fruitful discussion with people about the benefits and drawbacks of technology?

Someone came up with starting a blog. They have been promoted.

Sooo we’ve got a newly established innovative law firm with focus on new tech starting a blog. Well doesn’t it just make sense to kick it off with the cremé de la cremé?

That’s right! Buckle up and prepare for some minutes of reading about… your personal data and Facebook.

Except, yeah, the title kind of gave it away already. Don’t worry though! We will surely leave our Mark on privacy some other time.

Most articles on the topic typically start with a list of cryptocurrencies like Bitcoin, Ethereum, EOS, Ripple, etc. etc. Shortly after comes the rest of excitement-filled terms such as ICOs, decentralization, mining or DAOs as a mechanic to set up the scene for another blockchain piece and lure in all things crypto fanatics right from the start. Well we definitely know better and since this is our first content brainchild we will not be using this type of an introduction.

Good, hope we managed to get this wonderful brain of yours working (has to really be a wonderful one if you, of all things Kardashian and gossip, ended up reading something like this).

Well since you are here now, chances are you’ve probably heard about blockchain and all the fuzz surrounding it. If not, then at least Bitcoin should ring a bell. If that sounds unfamiliar too then I’m terribly sorry to announce you are digitalization’s latest victim.

Either way, that mouse click from a few minutes ago can only mean one thing — you are curious about what is in here. So let’s get down to business then, enough of jumbo gumbo.

WHAT ON EARTH IS BLOCKCHAIN?

One interesting thing about new technologies is that they typically have a name that helps ordinary folk like you and me better understand how the given technology functions. Consider for example a Proton Synchrotron Booster. Quite straight forward of a concept. It has a…

Okay I got some looks from around the office so perhaps this is not the best example. A smartphone then! Pretty straight forward, no? You can call people with it and it is ‘smart’ which means there is a bunch of other things in there that make your life easier. The point to be made is that some tech is better explained simply by looking at its name.

Same goes for blockchain. In essence, a blockchain is simply tons of transactions chronologically grouped together into separate blocks. After a block’s storage capacity is filled, it is joined together to the next one via a connection ensuring the validity of the information from the previous block — the cryptographic hash function.

What makes blockchain distinct from previously developed means of record storage is that it is a type of a distributed ledger. This means that the stored information is not controlled by or vested into a central authority. Rather, it is distributed among a group of computers (called nodes) which simultaneously and collectively maintain the whole network. As a result, all participants have access to the same copy of the ledger and changing it would require the network’s collective effort, a 51% participation if we are being specific.

The process of maintaining a blockchain network through computing power is what is commonly referred to as mining. As it is quite dense on energy consumption and therefore expensive, it follows naturally for miners to seek incentives for their work and they indeed do receive such. Once an information block has reached its maximum amount of transactions, the miner whose computer managed to be at the right place, at the right time (the one solving the mathematical equation completing the block) receives an award — a fraction of the network’s underlying currency.

Up until now, people have normally made use of intermediaries to propel financial transactions. For example, you want to wire cash to someone abroad. Rather than starting your car and driving to their location, you will most likely go to the bank and pay a hefty service fee to send the money from there… and just wait. This is a typical scenario where the transfer can only be completed with the help of a trusted central authority in charge of the transaction.

What if you could just power up your computer and send the money right away by yourself, without a middle-man?

Blockchain makes this possible as it operates on a trustless non-centralized model. Once initiated, transactions are subject to the collective approval of every computer node working towards maintaining the network, not just the main one. No need to go to the bank anymore!

A visualization of centralized vs. decentralized storage showing how a central authority is in control of all input and output in such a system. Source: cyberoptix.

Assume you own $100 and send $5 to the friend abroad who has $50. The system knows your $100 balance and you are broadcasting a message to the other participants that your own $5 will be added to your friend’s $50. Once the message has reached enough of the rest of the computers in the network, both balances are updated to reflect their respective new values. As the record is distributed, every validating node receives the same message.

The whole transfer can be realized globally in a matter of minutes, for a fraction of the costs we pay today. There is also no need to disclose heaps of personal information to a third party, you are always in control of your personal assets and can access them without limits.

The main force driving mass blockchain implementation is not only the move towards decentralization, but also the security and integrity behind the formation and subsequent connection of all building blocks. Ethereum founder Vitalik Buterin calls it “a magic computer”. To grasp this magic you need to understand what we previously meant by mentioning cryptographic hashing.

Whenever a transaction (or any type of data) is entered into a block by a network participant it is given its own personal stamp or a hash. For example, I sell my car to my neighbor for an X amount of money. ‘A sells CAR to B for X’ is the exact information being inserted to the block. However if someone wants to view the transaction in the block they will only be able to see the specific hash attributed to that particular data set which is a combination of letters and numbers. Similarly, if the inserted information reads ‘B sells BIKE to C for Y’, someone viewing the transaction will see a whole different combination of characters.

Every block contains different combinations of data with its own individual hash stamp which is additionally included in the succeeding block. Block 2 contains the hash of Block 1, Block 3 the hash of Block 2 and so on. Chronological placement massively simplifies the process of tracking down a transaction to its original point of origin. As blockchain transactions are made public for the network to validate, hashing reduces their content to a mere combination of numbers and letters rather than intelligible words.

Hashing is irreversible. Once a transaction has been imported into the blockchain and given its own stamp it cannot be undone. Although it is theoretically possible, one must be able to guess the exact combination of words and letters that chained a block with its predecessor. As much as this is a guarantee for the immutability of the data, it requires a significant degree of caution from the side of the regular user.

This article was meant to familiarize our readers with the technology behind blockchain. As you are probably guessing at this point (and rightly so), blockchains are quite complex to say the least. Given that they are fundamentally endless lines of code, there are obvious barriers to fully understand how they work from a purely technical point of view.

As far as their practical application is concerned, we have planned a series of blockchain-related content so stay tuned to find out more about this technology and its ability to reshape our world to its very foundations.