The Dark Side of Blockchain: Exploring the Technology’s Weak Points 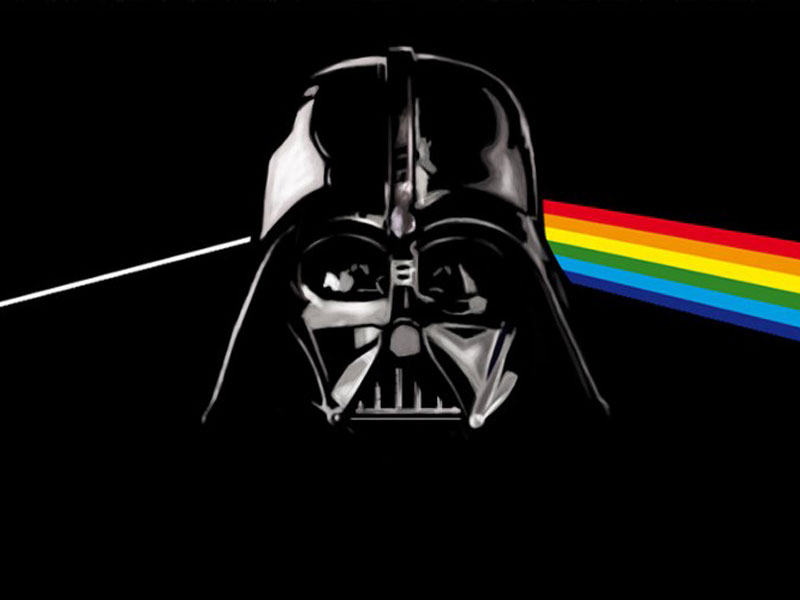 21 jun The Dark Side of Blockchain: Exploring the Technology’s Weak Points

Star Wars is a compelling story about a little kid called Anakin Skywalker. Branded ‘the Chosen One’, Anakin is the saga’s messiah who holds great promise to bring balance to the force and ensure peace throughout the galaxy. (SPOILER ALERT) Except he doesn’t quite live up to the hype. In the end, Anakin’s individual complexity, lack of discipline and inexperience eventually turn him into Darth Vader, a character nothing short of a downright manifestation of evil. There is some resemblance to be found with blockchain. It is usually advertised as the holy grail of our time. Internet 2.0. The ultimate answer to all our problems. A technological Jesus. And it could very well be. Though despite having various possible uses, blockchain is certainly not just sunshine and rainbows. It’s got its own shortcomings. And they are more than a few.

Still don’t know what blockchain actually is? Make sure to read our explanatory piece before going any further!

Understanding blockchain and cryptography as a whole necessitates high-end technical knowledge. Applying it to provide real life solutions is incredibly difficult. The field is still in infancy (its first practical conceptualization in Bitcoin was only introduced 10 years ago) and its complexity is one of the main reasons precluding it from going mainstream. The crypto field is in dire need of specialists. On a government level the issue is even more prominent due to the public sector’s natural tendency to lack behind technological advancement. The immutability of the ledger is an additional technical barrier. Given that once imported the information contained in a blockchain is virtually there for eternity, it is pivotal to develop proper processing standards. Hackers, for example, can also capitalize by exploiting flaws that were inherent in the code behind a network.

Blockchains operate on a distributed model where data is simultaneously stored on multiple computers. Every participating computer (node) maintains the same record to ensure zero downtime and the network’s continuity and immutability. New data entries are further subject to the collective approval of the joined in nodes, making it a highly repetitive process. As only one node is rewarded when a block is complete, you could invoke the argument that a lot of the work is ‘wasted’. These characteristics cater for the following practical barriers for mass blockchain adoption.

Bear in mind though, the above points are only a byproduct of blockchain’s early stage of development and solutions are coming!

Introduced by Thaddeus Dryja and Joseph Poon to tackle the scalability problem is the Lightning Network — an extra layer of protocol creating an off-blockchain network of micropayment channels used for cheaper and faster transacting. The Lighting Network is most notably an answer to Bitcoin’s scalability woes, but its application is definitely not a one-hit wonder — its functionality is being tested for Ethereum, Litecoin, Stellar and many others.

When it comes to storage, Siacoin and Storj are the two main examples for projects trying to leverage underutilized hard drive for efficiency’s sake. Other initiatives such as Golem and GridCoin are even taking it a step further by employing blockchain as a means to form an interconnected global computer to increase the worldwide computation power ceiling.

Alternatives to the eco-unfriendly proof of work consensus algorithm are emerging too. Ether’s own scalability was addressed by Vitalik Buterin earlier this year with a switch to a more efficient proof-of-stake mining protocol.

Blockchain’s consensus-based decision making is both a solution and a problem. It can strip down authority from the central supervisor, but nevertheless raises questions regarding the collective’s ability to provide an adequate response. The 2016 Ethereum hard fork is a prime example of a situation where disagreement within the community has sparked controversy over the democracy behind blockchains.

In the context of closed blockchains, the governance problem is even more prominent as their nature presupposes an inherent shortage of transparency and trust in regard to the decision making process used therein.

EOS offers an interesting alternative to community-based decision making– the use of 21 Block Propagators (BPs) to handle all transactions.

Wait, what? I thought this blockchain thingy was meant to reduce centralization?! You’ve got a point. The EOS governance model does indeed raise some eyebrows as it essentially goes against the very grain of blockchain. If you’re interested in more details on the shortcomings of ‘the Ethereum killer’ make sure to check out Thijs Maas’ more elaborate piece on the subject.

Blockchains can be designed in various ways. They can be centered around transparency to shed light on government practices behind closed doors — like Canada who is giving the public access to funding data or they can be made private instead — like Monero which gives its users the promise of secure, impossible track anonymous transacting.

This makes blockchains open to abuse for illegal purposes. Back in the day you would normally have to visit Switzerland for that, but now that our economy is being digitized, money-laundering or tax evasion can be made online.

The high degree of difficulty to trace back transactions in some networks (like Monero, ZCash and Dash) can prove to be problematic in the context of international crime as it can potentially enable criminals to funnel funds through those networks’ respective tokens.

The most notable examples of using blockchain to break the law typically involve Bitcoin. Silk Road was an infamous Dark Web marketplace where Bitcoin was used to, above other offences, illegally purchase drugs. Arthur Budovsky, founder of the Liberty Reserve, set up the exchange and laundered millions. Even today, Europol estimates that around $5 billion of criminal money in Europe alone is being laundered through cryptocurrencies.

Regulation has slowly been catching up though. Most exchanges nowadays are expected to comply with stringent AML and KYC rules, making it a lot more difficult for criminals to use these platforms to convert illicit funds. The rates of illegal activity with Bitcoin are steadily dropping too as enforcement actions continue to mount the desks of judges.

Blockchain is definitely an innovation for security and safety, but it’s got its very own Kryptonite. The so-called 51% attack referred to in Satoshi Nakamoto’s Bitcoin Whitepaper is arguably the system’s biggest security flaw. It enables hackers to change the blockchain record with brute force thus requiring all participants to keep a keen eye on monitoring the mining process.

51% breaches were only considered a theoretical possibility and their occurrence was quite rare. Hackers are getting more and more creative. In May alone, Monacoin, Bitcoin Gold, Verge and Litecoin Cash suffered this kind of an attack. Over $500,000 worth of Zencash was also lost to a breach earlier this month.

To manage a blockchain you need to build a token model around it to reward the mining nodes — through a cryptocurrency. Any given currency’s value, be it a Euro’s or a Dollar’s, is based on the performance of the respective country’s economy. Those economies are normally matured, stable and regulated to protect the participating actors.

Token economies are immature, unstable and unregulated and the value of the token is not necessarily exemplified in its price vis-à-vis other (fiat) currencies. Volatility is the name of the game. Weekly price drops or spikes greater than 20% are anything but rare. You can become a millionaire overnight. Especially if you used to count in the billions beforehand. Another problem is the stigma surrounding crypto. As we near mainstream adoption everybody is out there riding the bandwagon, investing in what are often worthless crypto projects they don’t necessarily understand. Pump and dump schemes come in abundance as sneaky entrepreneurs look to make big profits on the backs of overoptimistic investors.

We’ve seen this before — The Internet Bubble.

And what happened after? We saw the tech giants emerge — Google, Yahoo, Amazon, eBay. The bubble bursting was a natural market response which essentially ‘sorted out’ the good from the bad.

What I’m trying to say here is that we shouldn’t necessarily fear the imminent bubble. I mean, it is a given that money will be lost on a grand scale, but in the big picture we can see a ‘cleansed’, more stable environment where value, and not marketing effort, is the arbiter.

One reason why Anakin didn’t manage to live up to the expectations is because he kept all his anger to himself. Blockchains are by their nature decentralized — they are not meant to be kept to themselves and they are in the hands of the many, with their content to be seen by everyone concerned. What utter bullocks is this guy talking about?! Well, I’m referring to their transparency — if there is a problem, it’s out there — for everybody to see. And we usually fix what we know is broken, correct?

What is your take on blockchain? Do you think it will be a game-changer? Or is it just a hoax?