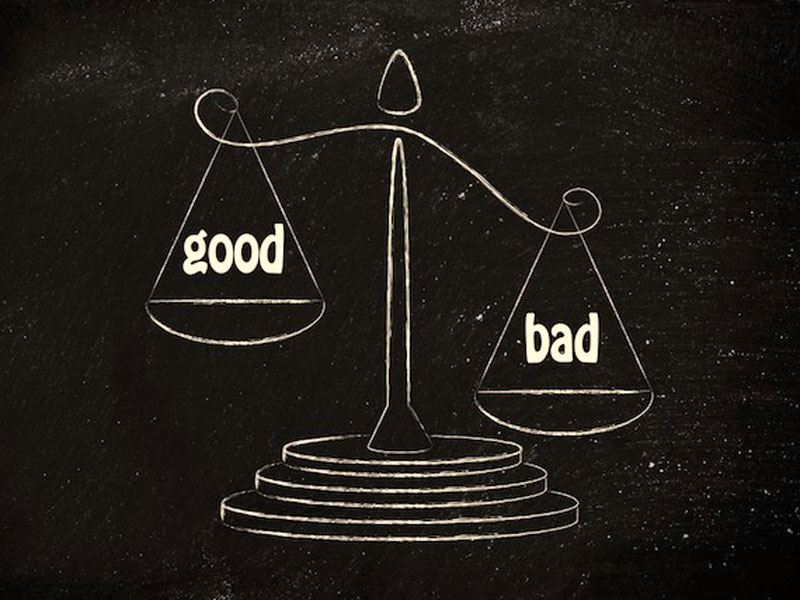 There is a new kid on the fundraising block, a bright young mind not yet completely chained by regulatory parenting, but nevertheless one that requires significant nurturing to fulfill its potential. Since its birth in 2013, the Initial Coin Offering (ICO) has taken the world by storm. In 2017 alone, more than 900 initial token sales took place and entrepreneurs raised a whopping total amount north of $5 billion on the blockchain. This figure has already been surpassed in the second quarter of 2018. As of the beginning of July, ICO funding from this year is nearing $15 billion.

The sad reality is however that not all ICOs are created equal. In fact, the 2017 ICO success rate stood slightly below 50% whereas only a third of publicly listed companies in the same year ended up trading below their offering price.

Sorting out the good from the bad is a challenging endeavour.

On one hand there are projects such as Telegram’s Open Network (TON) where you see both private and institutional investors fiercely fight for a piece of the pie. On the other you’ve got Ponzi schemes such as BitConnect which grossly undermine trust in the crypto market and push investors away.

For venture capitalists, business angels, investment banks and other experienced players it is often a lot easier to identify legitimate value propositions, but the ordinary decentralize everything enthusiast or FOMO investor typically does not possess the know-how on separating the good from the bad.

A trendy website, a good-looking whitepaper, active social media engagement and a ‘superstar team’ usually suffice to rack in some extra funding from the Average Joe. While still important, such details can merely form a façade behind which lies an underperforming, many a time worthless project designed to solely fill its inceptors’ pockets.

So what else is there… where do I find relevancy through endless lines of (sometimes) inconceivable Whitepaper text? How can I identify potential red flags to make sure I get that promised 2x every quarter rather than lose my house on ‘THE NEXT BITCOIN’? The following list should be able to shed some light on what the ordinary investor can do in order to optimize their crypto portfolio.

1. THE PRODUCT AND THE PROBLEM IT IS SOLVING

When looking at the main idea behind an ICO project there is a few questions every reasonably circumspect investor should ask themselves.

Is blockchain really necessary to achieve such a goal? Is this thing going to be relevant 5 years from now?

Many founders tend to use buzzwords such as blockchain and decentralization to lure in inexperienced backers with the promise of something grandiose whereas in reality the project does not have much real-life use.

Consider the following, Long Island Iced Tea Corp. (yes, you guessed correct — an ICE TEA company) changed its name to Long Blockchain Corp. and saw its stock rise with as much as 289% after the announcement.

Weird, innit? Please don’t get me wrong though, both blockchain and ice tea are amazing, but such a sudden spike in share value is virtually unheard of, especially when attributed to a simple name change.

In other projects, the problem being solved is simply too small or non-existent. While some try to make online purchase of high quality sand possible, others clearly underline the uselessness of their token and still manage to raise more than $150,000 with the slogan ‘The world’s first 100% honest Ethereum ICO. No value, no security, and no product. Just me, spending your money.’

Think forward and pay attention to a project’s scalability — if it sounds useless it probably is. *Most of the time

There is also the ICOs without any product whatsoever — no MVP, no Beta, not even an Alpha. The absence of a prototype of any kind is a huge red flag and definitely a negative sign of a team’s ability to pull off their plan. On the same note, similar projects without a real value proposition tend to overspend on marketing. Digital advertising here comes in abundance and mechanics such as the use of bots and influencers are used regularly to try and attract investors. Remember — if the product is good there won’t be too much need for marketing anyways so stay away from carefully orchestrated PR campaigns and fishy ads. Sure he can box, but not too sure if I would trust Mayweather here…

Every self-respected ICO project has a detailed list of its team on their webpage — that includes a clear description of the partners, advisors and developers associated therewith. Make sure to do a background check of every team member that is included — Google them with the aim of finding the skeletons in their closets, check out their previous experience and background on LinkedIn and so on. If there is someone distinguishable (e.g. Vitalik Buterin listed as advisor), try and contact the person to see if their involvement is authentic rather than a mere PR stunt.

Compliance is another focal stress point when it comes to token sales. The inclusion of a legal team with relevant experience in securities law and corporate governance is always a big plus. Try to also find out if the main team is working full-time, if the coin launch is just a side hustle for a crucial team member it might be wise to back off. Further identify if there is any venture capitalist involvement. In the crypto sphere, VC-backing is commonly considered as a stamp of approval.

The community dimension of an ICO is one of the most important, yet often neglected, points when considering an investment. Wide social media coverage and engagement on platforms such as Reddit, Telegram and BitcoinTalk is hardly always a good sign. It is often the case for ample token communities to be purely focused on the process of claiming coins and recruiting backers, resulting in neglect towards constructive discussion about the product itself. Such a scenario can give you a clear idea on where founders’ priorities lie. *sniffs the Ponzi-smelling air*

Although it can easily be used as a bamboozling trick, a trendy website is always a must for any good ICO. The devil is in the detail and examining every corner of a company website is surely a must for every potential ICO backer. If they couldn’t even make a WOW website, what makes you think they’ll be able to pull anything else off?

A Whitepaper’s main goal is to correct any information asymmetries between issuers and buyers. Good whitepapers are sensible, easy to read and not overflowed with technical details. If the team is business and tech savvy, they should be able to provide a description of their product that anyone can understand. Some projects even develop two separate Whitepapers — a technical one and a ‘normal’ one. This is a clear sign of the team’s commitment to adequately present their idea to the public.

Information on applicable law and liability concerns should be made available as well. Small specifics like these make up a great Whitepaper and positively enhance investors’ trust.

As for evaluating the code behind a project, it is best to read the issuer’s open-source depository on GitHub and check whether it has been audited. I get it, not every one of us is able to code, but you’ve got to have a number-cruncher somewhere in your friend base, right? Well, it is not the end of the world if you don’t. Checking GitHub activity levels and the frequency of updates can give you a good idea on how committed the team is and how much work they actually put in developing their solution on a day-to-day basis.

Thought we won’t be mentioning money, didn’t you? The wait is over!

There are quite a few things to consider here. First of all it is important for the ICO to have a clearly defined fundraising cap. For example, some issuers have a minimum cap of $5 million and a maximum cap of $50 million. There is an enormous difference between the two numbers just shouting the word incompetence right at your face. A good team should be able to provide a rough estimation of their projected expenses.

Second, there should be a clear fund allocation structure. You should know what your money is being spent on, right? A disproportionate reward to the team at the expense of reduced spending on product and business development is a huge red flag.

Most ICOs have a bonus system in place to reward earlier backers. A 50% discount on tokens for a week, followed by a 25% discount the week after may raise some eyebrows about the value of one’s investment. By no means are bonus systems a red flag by themselves, but be cautious not to hop on the train too late.

Lastly, there are issuers who prefer to reserve an X amount of tokens to a particular investor. In an ideal crowdfunding setting, businesses will try to diversify their investor portfolio as much as possible. Allocating a fixed amount to a specific investor could potentially pave the way towards possible monopolistic market behavior and token price manipulation. In a market defined by volatility, such external adverse changes are anything but welcome.

And remember, and we just can’t stress this enough, it is imperative to ALWAYS DO YOUR OWN (THOROUGH) RESEARCH! Trusting blind tips from friends, FOMO and riding hype trains could potentially put you in the same basket as December Bitcoin Buyers…

Hopefully we’ve managed to give you some food for thought the next time you decide to invest (or not) in an ICO. Make sure to leave some claps if you found the tips useful!

Or maybe you know all this and have some proprietary tactics of your own? Sharing is caring!